Transcript of a recording of a Neville Goddard lecture entitled “How To Really Pray” (date unknown).

I think you will find tonight’s message a very practical one… something that all should really have and apply.

The whole of life is the appeasement of hunger, and the numberless states of consciousness from which the individual can think and view the world.

Prayer is a means of satisfying that hunger.

I say this because your state of consciousness is always being externalized.

If you know how to move from your present state– if you dislike it– to the state you would like to externalize, then you have the secret.

And that is what I will attempt tonight to tell you.

We’re only states of consciousness pushed out– everything in this world. And all are contained within the individual.

Now, in the Bible we speak of prayer.

And prayer, to the world, means “begging.”

But not in the Bible.

We speak in the Bible of repentance, and the world thinks that it means “to regret,” “to be remorseful.”

That’s not what the Bible teaches.

We are told to bear fruit that befits repentance.

Then they say, to the central character of scripture (Jesus): “You and your disciples eat and drink with sinners.”

And he replied: “I am not come to call the righteous, but sinners to repentance.”

Leave the righteous alone. They’re so self-satisfied. They’re like themselves, so leave them alone.

The word “sin” doesn’t have anything to do with breaking any moral code.

The word “sin” means “to miss the mark.”

You have a goal in life; you haven’t achieved it. Well, then you are sinning.

You may have a billion dollars and still are hungry for more. Well, then, if you don’t have the other, you are sinning.

That would mean nothing, as far as the scriptures go.

“To repent” is simply a radical change of attitude.

That is what repentance means.

Now repentance is at once man’s responsibility and a gift from God.

Now let us show you what I mean by it.

He (Jesus) said “I and my Father are one. Yet I go to my Father, for my Father is greater than I.”

We are one, yet my Father is greater than I. So I go to my Father.

How do we arrive at this strange, peculiar statement? What does it mean?

I must live by faith.

Faith in the Sender.

It’s myself. It’s the Father, “for I and my Father are one.”

So when I repent, I go to the Sender.

I first do what I have to do.

So I said that repentance is at once a responsibility of man and a gift from God.

So now what is my responsibility?

I want to change my world.

Well, then see it.

I know I can’t make it so. But in the depths of my own being, the Father: He has the power to make it so.

So I go to my Father.

How do I go to my Father?

I first of all do what I am called upon to do:

I enact a scene implying the fulfillment of my dream, and then I turn it over completely, in Thanksgiving, to Him.

It is myself. It is my essential being.

But it transcends my reasoning mind.

I do not know, on this level, how it can be done.

But I do know that if I have faith in Him– which is my own self– it will be done in my world.

For we are told in scripture: “Without faith, it is impossible to please Him. And those who would draw near to Him must believe that He exists, and that He rewards those who seek Him.”

I must believe that He exists, and that He rewards those who seek Him.

Well, without faith, it is impossible to please Him.

The same chapter in Hebrews defines “faith” for us:

By faith we understand that the very worlds were created by the word of God.

So that what is seen was made out of things that do not appear.

Well, in my world, it hasn’t yet appeared. I say it is all contained within my imagination.

So I will enact a scene that would imply that it’s real.

And then, within myself, I give thanks.

Now, we are told that the most wonderful prayer uttered you will find in the book of John, the 11th chapter. He stands at the gate of death, and he raised his eyes and said “Thank you, Father, that thou has heard me. I knew that you always hear me.”

Well, I can’t deny that the depth of my own being is hearing what I am doing, what I am inwardly saying.

So I can truly say, “Father, thank you.”

He certainly heard what I said.

But is it now supported by some statement of scripture?

Yes. Again, in John, but now in his letter… the first letter. And in this, he said: “If we believe that He hears us in whatever we ask of Him, we know that we have already obtained the request made of Him.”

Well, now, can I actually believe that that’s all I need to do?

Well… I have to confess that I can’t do it on this level.

I am not wise enough on this level to devise the means necessary to externalize what I have assumed that I am.

“Well, have you proved it, Neville?”

When I was completely shut out in certain areas– imprisoned, as it were… not in the federal prison, but a state of imprisonment… 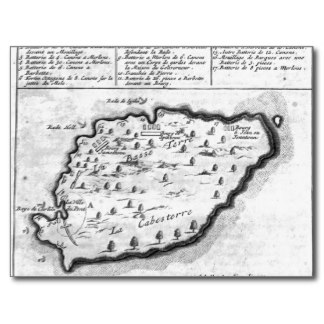 You find yourself on an island, where you enjoyed four months of it… almost five months. But you have a commitment in America. You’ve got to get back. And then to be told that there is no possibility of return until, at the very earliest, September. And that will be the very earliest. And your commitment is in Milwaukee in the first week of May.

What are you going to do then?

No possibility. No ships are taking on passengers, and the list runs into thousands waiting all through the Indies, from Trinidad all the way up. All waiting.

And you are in the island of Barbados, without making any provision for your return to America when you sailed for Barbados five months before.

So what did I do?

I simply sat in a chair in my hotel room, and I assumed I was on a little tender moving against the boat– for that was before the days of the deepwater harbor. Now we have a deepwater harbor. But then you did a small boat off to the ship waiting maybe a half-mile out to sea. And then you walked up a gangplank.
So I simply stepped up on the ganglank and walked up that gangplank in my mind’s eye.

If my mind wandered– which it did– I brought it right back to that first step, and I walked it up again.

If it wandered before I got to the top, I brought it back again. And I trained it as you would a horse.

The mind is an unruly animal, so I trained it.

And I walked up step after step. When I got to the top, I turned around and put my imaginary hands on the rail. I could smell the salt of the sea in the air. I looked back with nostalgia at the little island of Barbados… a mixed emotion. I am happy that I am sailing for America, and sad that I am leaving this very large, wonderful family of mine.

And then, in that mood, I simply dropped off for a moment in sleep– just a little nap.

The next day, I was called by the very company who said that “we have no possibility of getting you out of here before, at the very earliest, September,” and said, “There was a cancellation this day in America,” and they offered it to me, in spite of the list of over a thousand people waiting.

It’s not my concern why she or he or it cancelled their passage. My prayer was answered.

I did what I was called upon to do.

For repentance is a radical change of attitude.

That’s all I wanted to do.

So I did my responsibility.

And the second part of repentance is a gift from God.

So God has the way of externalizing it.

What caused the woman or the man or something to cancel the thing?

I was told afterwards she was afraid. She was afraid, for some reason not explained, to make the trip.

And so one passage was open, and I got that room. Because there were only two beds in it, and my little girl was only three years old– she could sleep with her mother, and I could climb up one flight and sleep on the upper bunk– and then take my eleven days back to New York City.

I did what I was called upon to do: my responsibility.

To enact a scene that would imply the fulfillment of my desire, and then surrender completely to my Father, for He has the power to externalize it.

My faith is faith in my Father. Faith in His power to externalize what I have done all in imagination.

So for me, that is prayer.

I didn’t sit down and feel for one moment that I had done something that was wrong, and that’s why I couldn’t get out. No sense of “repentance” like “remorse,” as the world teaches.

Repentance is simply a radical change of attitude.

That’s what the word means: Metanoia, but radical— right down to the root– and you change your attitude.

If I change my attitude, I’ll change my state of consciousness.

And because all states of consciousness are being externalized in the world, then that state will externalize itself in my world, in a way I do not know.

For we are told: “My ways are not your ways. My ways are past finding out. Just trust.”

So without faith, we cannot please God.

If I would come to Him, I must first believe that He exists, and that He rewards those who seek Him.

Well, I seek Him in projecting for me that which I desire in this world.

So that’s what I mean by “prayer.”

“Prayer” is the attempted communion with God. That’s what prayer is.

As we are told in the fourth Psalm, the 4th verse:

“Commune with your own heart on your bed, and then be silent.”

I do not need the mediation of any priest, any rabbi, or any heavenly being.

I’m communing with myself.

The depth of my own being is God the Father.

That’s my essential being.

And He is one with the surface mind called “Neville.”

And in the capacity of the office of the sent, called Neville, I am inferior to myself the Sender.

But the Sender and the sent are one.

You and God the Father are one.

But in the office of the sent, you’re like an ambassador.

You do not speak with the same authority of the One who sent you to represent Him.

So I represent myself in the World of Death.

But the Sender is greater than I, and yet He and I are one.

This is what I get from scripture. 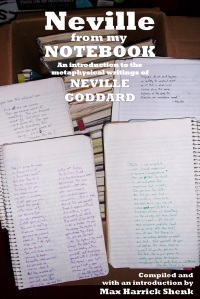 Available now!
Neville From My Notebook

An e-book collection of quotes and passages from the metaphysical teachings of Neville Goddard.